Turku has often been the cradle for new things. The legendary underground-phenomena that began in the early 60’s doesn’t appear to have subsided. It has just formed in new ways.

Turku has often been the cradle for new things. The legendary underground-phenomena that began in the early 60’s doesn’t appear to have subsided. It has just formed in new ways.

Those who think the Underground is dead are wrong. The underground continues to thrive in clubs, poetry and literature events, experimental art happenings, performances and circus, and through small festivals. And, of course, in the bowls of the earth where no one has thought to look. So, where did the underground begin?

Ten years ago, Matti Komulainen and Petri Leppänen published their investigative book into the Underground, entitled ‘U Rises from the West’ (U:n aurinko nousi lännestä, Sammakko 2009). It dealt with the history of the underground, especially from a Turku perspective. Now that’s a real Turku phenomenon.

‘U’ really exposed what’s at the core of local classics

“To know more, check out Markku Into's novels U and Tuonela Rock, Jarkko Laine's early novels Haamumaili and Kuin Ruumissaatto, look for a reproduction of Aamurusko Magazine from Turku Book Café as well as the album Underground-Rock from the band Suomen Talvisota 1939-1940,” lists Leppänen.

"For me, these were some of the cornerstones, which inspired the recent multi-artistic burgeoning of our band Turku Romantic Movement."

Since Into's death, there to has been a severe melancholy. But the underground has far from disappeared.

Explore and discover in Turku

It's always worth exploring what's going on in the city.

There’s plenty to find in Turku. Organised but not yet mainstream art is available, from short animations to puppetry, performances to poetry and modern, experimental music. You can also discover unorganised art in cafés and clubs, so it's always worth exploring what's going on in the city.

Usually, there are impromptu happenings and events connected with topical festivals: poetry recitals on top of a club table, or an energetic performance in the middle of town.

New trends and festivals born in the spirit of the underground

TAFF Festival | TAFF is the youngest and most charming animated film festival in Finland. Its international offering includes both short and long animated films, hosted at the Manila Cultural Factory in August.
taff.fi

VideoArt Festival | The VideoArt Festival, or VAFT, is an international video art festival held in May each year that spreads out across the city.
​​​​​​​videoartfestivalturku.com

Poetry Week Festival | Poetry Week provides an opportunity for budding poets to perform. Engage with the phenomena through poetry hosted in pubs and cafés. The theme for 2019 is poetry & work.
​​​​​​​​​​​​​​vsrunoviikko.net

The Book House Association | As its name suggests, the Book House (Kirjan Talo) is a house of books in central Turku. It operates as an office, events venue, classroom, a centre for leading workshops and for networking throughout the year.
​​​​​​​​​​​​​​kirjantalo.org 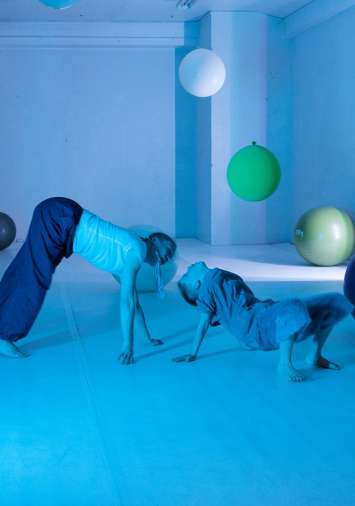 Himera – Festival of experimental music | In October, Himera brings music from the margins: from experiential and experimental music, to free improvisation, noise music, free jazz, spontaneous pop and folk music - somewhere in the galleries, clubs, cellars and bars you’ll hear it all.
​​​​​​​​​​​​​​himera.fi

Manila Cultural Factory and Factory Festival | Manila is a fertile factory for culture, housing three theatres, artists, photography studios, architectural firms and other small businesses in the creative industries. Held in the art factory in September, the Manifest concept is a multi-artistic event.
​​​​​​​www.manillantehdas.fi