The Finnish Archipelago – the most numerous in the world

With over 40 000 islands on its side, Turku claims to be the capital of the greatest archipelago in the world. Yes, we know that's bold – but the natural beauty of the Finnish Archipelago is something you can't really argue about. At least without seeing it. So, how do you get there?

Archipelago? What is that, actually?

Let's hear it from the authority, National Geographic:

"An archipelago is a group of islands closely scattered in a body of water. Usually, this body of water is the ocean, but it can also be a lake or river."

Got it. Now what do they have to say about the Finnish Archipelago?

"Finland’s Archipelago Sea, part of the Baltic Sea, emerged after the last ice age. There are more than 40 000 islands in the Archipelago Sea, although many of them do not measure half a hectare. Some of the islands are close enough to be connected by bridges."

The Archipelago Sea lies between the city of Turku to the east, Åland to the west, Bengtskär lighthouse to the south and the Gulf of Bothnia to the north. More than 40 000 islands and islets make the Finnish Archipelago the most numerous in the world.

To locals and sailors, the area is often simply referred to as the Turku Archipelago. Although the archipelago is a world-class nature destination, it's been relatively spared the ravages of mass tourism, such as overcrowding, refuse, and loss of authenticity. There's plenty to see for a nature lover: for example, you can spot sea eagles, a species that was endangered as little as a decade ago. Now there are hundreds of sea eagles in the Archipelago Sea.

But how can one experience the Finnish Archipelago – that's the question. Here are some answers.

The Finnish Archipelago by road 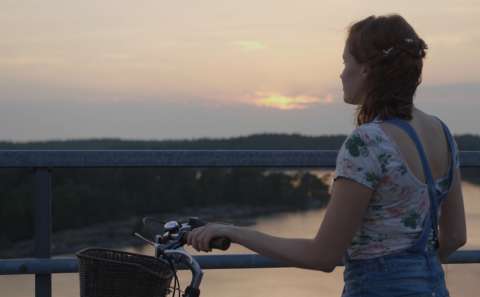 The Archipelago trail is a popular route that circles the Finnish Archipelago, taking you through the magnificent natural and cultural landscapes. Along the 250-kilometre route you’ll encounter 12 bridges, 9 ferries and many idyllic archipelago parishes. By car you can drive the route in a day, but why hurry? Bike or hike and stay overnight along the way. 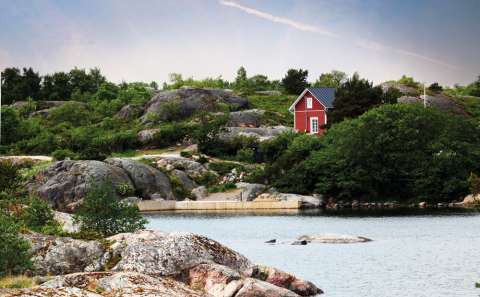 The Coastal Route takes you along the Finnish coastline through beautiful seaside settings. Cycle along small country roads, well-maintained forest paths and scenic cycle routes. The Coastal Route is a bit over 200 kilometres, including an archipelago ferry between Hanko and Kasnäs. 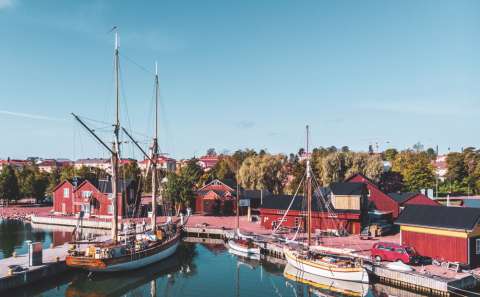 The St. Olav Waterway is a historical Nordic pilgrimage route that will take you from Turku Cathedral through Åland and on to Sweden in the footsteps of ancient pilgrims. Travel slowly and enjoy the time on the road – all 1200 kilometres of it!

The Finnish Archipelago by boat 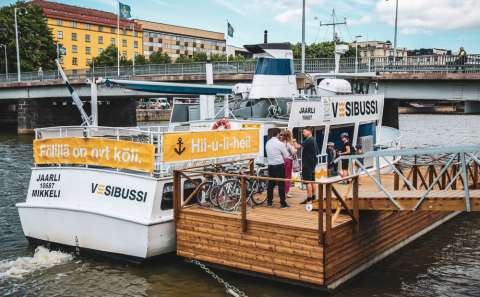 The Föli water bus has been a successful transport option for a couple of summers already. With just the price of a bus ticket, you can go all the way from the city centre of Turku to the island of Ruissalo and Pikisaari. The route operates with two vessels. You can even bring your own wheels – bikes may be brought on board free of charge. 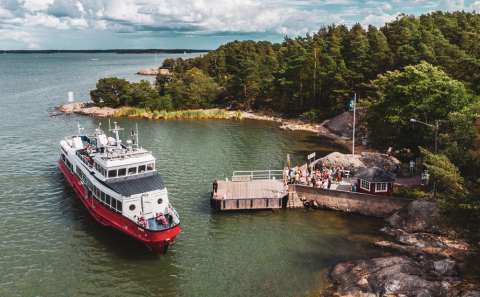 The M/S Lily is a familiar sight on the River Aura, as it transports passengers from Turku to the recreational island of Vepsä. Lily ferries passengers along this route every day during summer, letting you enjoy either a two-hour return cruise or the whole day exploring the Archipelago. 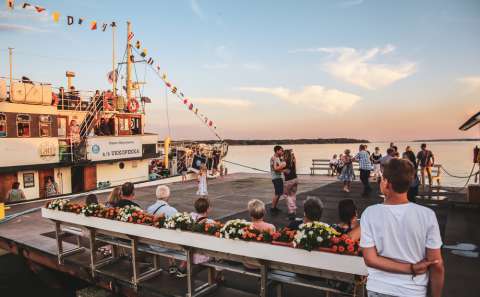 S/S Ukkopekka is an 80+-year-old steamship based in Turku, Finland. During summer, Ukkopekka's morning shift steams from the River Aura to the summer town of Naantali, and in the evening from Turku to the nearby island of Loistokari, which awaits its guests with an archipelago buffet and romantic pier dancing. 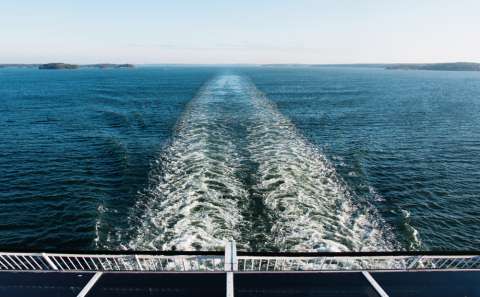 From the deck of the giant cruise ships, the archipelago stretches out in front of you. Jump aboard, be wowed by the archipelago scenery, shop and party till you drop... in a comfortable cabin! From the Port of Turku there are two flags flying high – the colours of Viking Line and Tallink-Silja.

The Best Islands of Turku’s Archipelago