There's nothing wrong with the mediterranean but even bigger wonder lies in the surroundings of Turku. The over 40,000 islands and nature is said to be the most beautiful in the world. Inspiration and passion await you in Turku's Archipelago.

You can access the Turku Archipelago in many ways, so a boat isn’t a necessity. You can use bridges, inter-island ferries or cable ferries to reach the inhabited islands. Connecting vessels have specific routes and schedules. Various island cruises depart from Turku, for example, with the archipelago islands closest to the city, Ruissalo and Hirvensalo, accessible aboard the Föli regional transport ferry.

Discovering the archipelago has always been possible but grasping its entirety has formerly been a little difficult. On hand to help this summer is explorearchipelago.fi. It conveniently brings together all archipelago destinations with their connections and schedules on the same site. Its estimated launch is June 2021.

PS. The corona situation may also affect connections and opening hours in the archipelago. Check the communications channels of each destination for up-to-date information before you leave.

Some great routes in the archipelago

St. Olav's Waterway – A thousand years ago, Viking King Olav travelled through the Nordic region to spread Christianity and construct churches. After his death, he was proclaimed a saint.

Whether you’re religious or not, St. Olav’s historic pilgrimage route also provides a great setting for a more secular journey. The route from Turku Cathedral runs through the Turku archipelago and Åland all the way to Trondheim in Norway. Of course, you don’t have to complete the route from start to finish – choose your favourite section and enjoy the peaceful archipelago scenery and heavenly services along the way.

Archipelago Trail – This maritime tourist route turns 25 years old! The ring road around the archipelago remains roughly 250 kilometres long, with plenty of bridges, islands, castles, ferries, villages, churches, red-ochre barns, beaches, place to stay and good food along the way. What else does a person need? Oh yeah – maybe a bike. And enough time. By car, you can zip all the way round in a day but who wants to hurry through these beautiful landscapes?

Seili itself is a grim but fascinating destination. From the 17th century, lepers were deported there, permitted to take with them from the mainland planks of wood to use as their own coffin. When the lepers had passed away, other outcasts from society, such as vagrants and the mentally ill, were shipped to the island.

Coastal Route – In a couple hundred kilometres, cycle across Kemito through the island’s nature, culture and delightful scenery. The whole journey takes in three national parks and four ironworks villages, from Dalsbruk to Teijo, Kirjakkala and Mathildedal.

The most amazing part of the coastal route is often mentioned as the voyage across the sea from Kasnäs on Kemito to Hanko. With attractive diversions along the way, such as the Rosala Viking village, the Örö Island Fortress and Bengtskär Lighthouse. Before reaching Kasnäs, it’s worth visiting the Sagalund Manor on Kemito, built by Amos Anderson, as well as the island of Högsåra. The island was a beloved place of Tsar Alexander lll and is just a short ferry ride from the main island, worth a visit just for its famous Farmors Café. 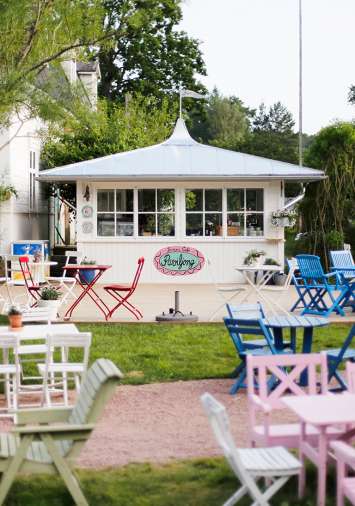 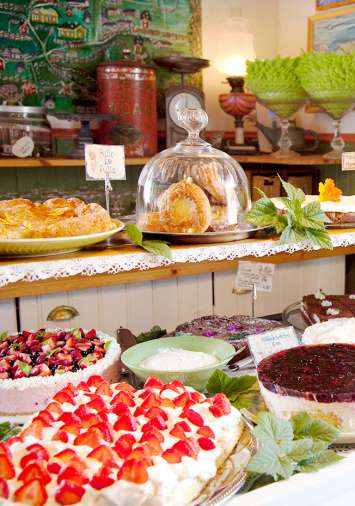 Eurovelo 10 – The Eurovelo routes are designed for cycling enthusiasts, showcasing stunning scenery and attractions across Europe. One of the routes, the number 10, goes around the entire Baltic Sea, and for part of the trip follows the shores of the Archipelago Sea, including along the wonderful Coastal Route.

Other archipelago cycle trails – Hit the road for some pedal-powered adventure! See here where to go. Explore the history of sailing ships in Västanfjärd, enjoy Högsåra, cycle around Dragsfjärd or travel in time to the Viking age in Hiittinen and Rosala.

Tastes of the Archipelago – The archipelago not only brings water from the sea, but also to the mouth of a gourmet. The region produces the first (and best) new potatoes of the summer season, fresh smoked meats, sweet archipelago breads as well as a paradise of garden delicacies. Sit back and enjoy local restaurants and cafes, or bring cash and a cooler-bag and explore all the convenience stores. Check out the Tastes of the Archipelago trail, along which you’ll find a juicer, a smokehouse and a winery! 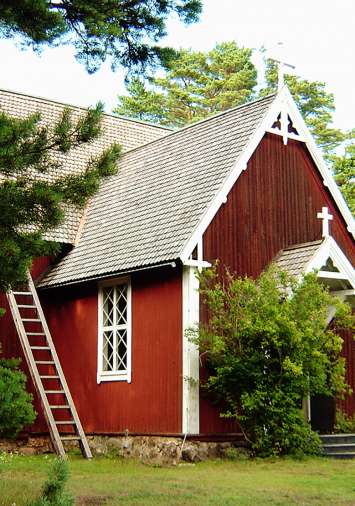 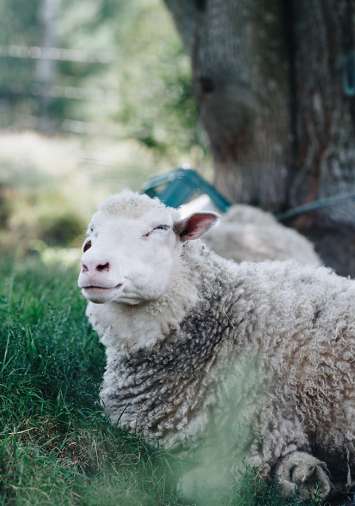 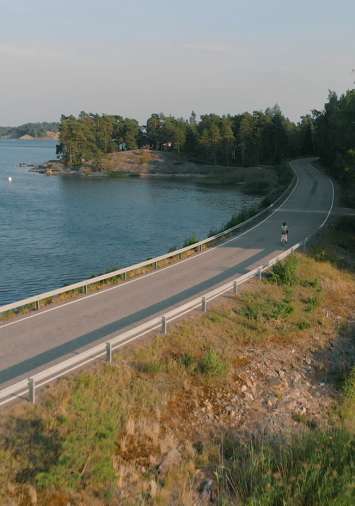 10bikes – You don't have to buy a bike when you want to cycle Turku’s archipelago. A great local service company in Turku rents electric bikes for both on and off road use. In addition, 10bikes also organises bike safaris in Turku and nearby areas, such as through the scenic St. Olav's Waterway.

Katve – Great news for casual hikers as you can now also hire camping equipment. From Katve you’ll always receive new and well-maintained equipment, including everything from a tent to a camping stove, if necessary. Everything is pre-packed in a backpack – all you need bring is camping food and clothes.