If the shores of the river Aura are Turku's living room, then Ruissalo is surely the city's garden. Spring on the island is a delight, whilst nothing compares to its beauty in summer. Explore the nature trails or experience some culture – or do both on popular cultural exercise routes.

If Ruissalo could talk, it would have some great stories to tell. The island has first-hand experience of the Crimean War, the early days of Finnish aviation as well as the first Ruisrock concert in history. And of course, many more besides.

In ancient times, Ruissalo was land for pasture before being cleared for cultivation in the 16th century. Known then as "Runsala", the island was rich in game, providing the setting for court hunting trips, which were organised in the mid-century by Turku Castle's own renaissance prince, Duke John.

In the 19th century, Ruissalo began to develop into the Suvisaari of Turku, where charming villas to the wealthy bourgeoisie were built, and where servants would congregate on Sundays to promenade. There are still many iconic Ruissalo villas left, now with delicious architecture and pastel colours, wooden lace decorations, gazebos and bathing huts, all coming together to make Ruissalo an Insta-amazing place to be.

So heading to Ruissalo is a must, but should you go in pursuit of nature or culture? Well, luckily there is no need to choose, because on Ruissalo they are closely intertwined.

NB! The corona situation may affect restaurants, cafes and accommodation services, for example. Please take into account the requirements and limitations of the pandemic’s current situation. In other words, check the opening hours and other important details online before you go. 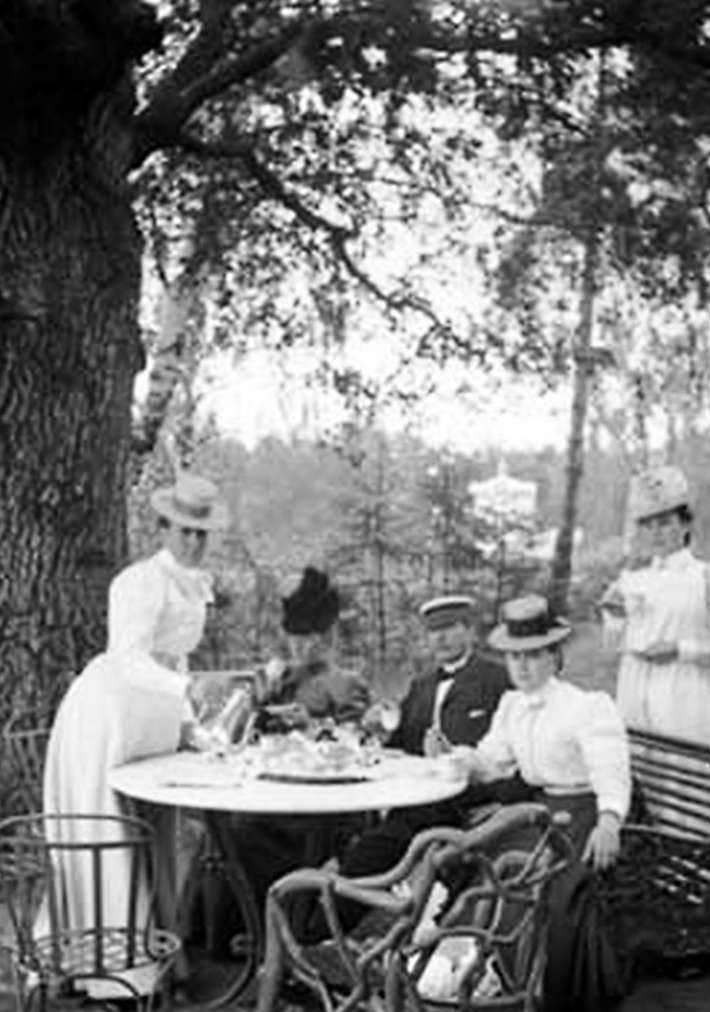 Botanical Garden – The Botanical Garden of the University of Turku operates in the middle of Ruissalo and presents vegetation from all over the world. Connected to the garden is the Ruissalo Info advice and guidance point.

The Kansanpuisto cultural exercise route (8.7 km) – The route presents, for example, the 1920s water aerodrome and the Kansanpuisto park, best known today as the venue for the Ruisrock festival. Along the way, stunning villas form a queue to make it onto your Instagram feed.

Pikku-Pukki promenade – The seaside path leading from the Kansanpuisto park is a necklace connecting the pearls of Ruissalo's villas and bathing huts. From the bend of the coastal path you can spot the remnants of an artillery battery from the Crimean War. 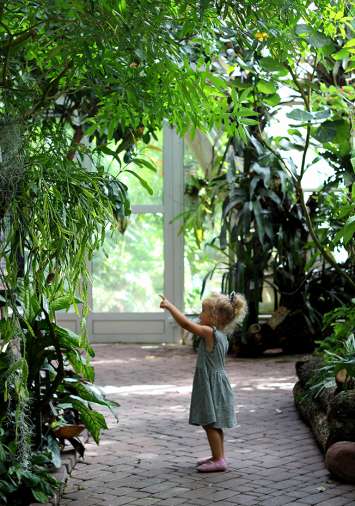 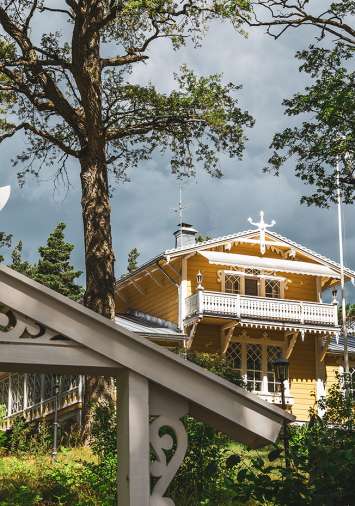 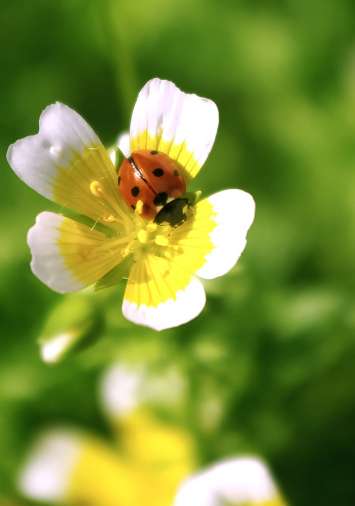 Ruissalo Kansanpuisto Park – A promenade or public walkway was established here in the 19th century as a place for healthy and refreshing Sunday walks. A tradition that still continues.

Via Dolorosa – Kärsimysten road is the beach promenade, along which the Ruisrock crowd, exhausted from a day of dancing, walks the few kilometres from the festival back to the city on a warm summer’s night. The reputation of the coastal path has taken on iconic status.

Kayaking – Kayak hire is possible from Ruissalo Shipyard and Saaronniemi. The latter is run by a great little company called Aavameri. During summer, Aavameri has scheduled departures for groups on Mondays and Fridays.

Swimming – Ruissalo's number one beach is at the outermost tip of the island, Saaronniemi, from where you can also find Ruissalo Camping. Saaronniemi has a new panoramic sauna and winter swimming is also available. Campfires and a large, versatile area, with mini golf and beach volleyball courts, provide the perfect setting for day trips and picnics. If you forget your lunch, Villa Saaro and the Ruissalo Camping kiosk are on hand to come to the rescue.

Cycling – The relaxed landscape of Ruissalo is also a great experience by bike. There is a parking bay for the Föli bicycles in the Kansanpuisto park.

PS. Ruissalo is a Natura nature reserve, with the exception of Saaronniemi, so follow the marked trails and do not leave any mark of your visit behind in nature. So leave those lovely buttercups right where they are.

Restaurants and Cafés in Ruissalo

Ruissalo Shipyard – As soon as you reach Ruissalo along the bridge, the road forks to the left and takes you to the old shipyard area. Here is where the Turun Veneveistämö operated until the 1950s. Now it’s a place that’s hip, cool and delicious. When summer comes, be sure to check out Zaké’s pizzas and the products from Avelia’s interior design. Summer 2021 will also bring a new restaurant to the shipyard, which is reportedly ‘smoking hot’.

Maininki – Finland's only Netflix restaurant operates from the traditional pavilion of the Turku Yacht Club, but it is not a restricted club restaurant. So every Tuesday you can go and order fried herring, which swim to your plate alongside traditional dishes.

Honkapirtti – The famous pea soup and pancake paradise, a favourite amongst locals, serves from inside a sturdy log house reminiscent of Karelia design. And that's with good reason, as during the Continuation War, the house was built by the Turku military forces in East Karelia, and then moved to Ruissalo in 1944.

Villa Saaro – The jewel of the Saaronniemi area is Villa Saaro, built for the merchant Wendelin way back in 1850. Now it’s a popular summer café and restaurant, on the glass veranda of which former Presidents Svinhufvud and Mannerheim once enjoyed refreshments.

Also check out – Villa Kuuva café in Kuuvannokka, Villa Bella Vista's own Paradise Café, Punainen tupa, known for its huge fresh doughnuts, Aura Golf’s Club Restaurant Oaky, as well as the many pop-up cafés Ruissalo residents set up here and there during summer.

Ruissalo Camping – If you’re interested in nostalgic camping, head to Saaronniemi's beautiful, well-maintained and versatile camping area. It accommodates both campers as well as guests with motorhomes and caravans, and even has cottage and room accommodation.

Ruissalo Spa – A classic seaside spa, next to the guest marina and the gently undulating Aura Golf course. If you want a pampering spa but with a little twist, then book yourself a night in a Tentsile. Tents for 2-3 people, hung between trees on the cliffs alongside the spa, are an attractive and fascinating introduction for city dwellers to the world of camping and sleeping outdoors.

How to get there?

Föli – Bus No. 8 brings you from the centre of Turku the full length of Ruissalo island, all the way to the tip of Saaronniemi. During the summer season, two Föli water buses also run to Ruissalo from the River Aura, departing near the Martinsilla bridge. In Ruissalo, the ferry stops at Ruissalo Shipyard and the Ruissalo Kansanpuisto Park. You can get there for the price of a bus ticket, €3 / adult.

PS. You can also get to Ruissalo with your own car, but parking spaces are quite scarce and we encourage you to anyway favour environmentally friendly modes of transport. Why not try out an electric scooter or Föli bicycle?

16 Summer activities in Turku for families with children

Turku is a treat for taste buds